Since I have my motorcycle in such a beautiful country as the Philippines I decided to tke it out and see some sights. One of the well known local attractions is the volcano in Tagaytay in Taal lake. Basically it is a lake inside of a volcano inside of a lake. How cool is that? Very cool is the answer. And its active and you can take a boat over to it and hike up the volcano. I didn’t have an opportunity to do it on this trip because i got there late but I will do that on my next visit.

For the more brave at heart you can actually get a boat to take you over to the volcano and ride a horse up the the crater. I didn’t get a chance to do it on this trip because my focus was getting to Antonio’s, a very popular and dare I say the best restaurant in The Philippines! So needless to say I snapped some pictures and kept it moving Lol. 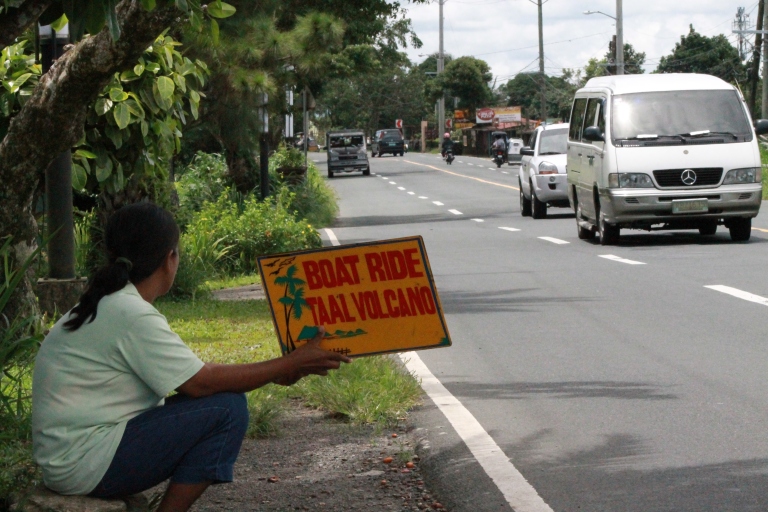 Fresh pineapples growing in the grove…

After a little more riding on my motorcycle down some somewhat sketchy looking side streets and barely paved roads, I finally made it to Antonio’s! I am glad they had signs all along the way because if it weren’t for that I would have swore I was going the wrong way. The location is not even on the map! 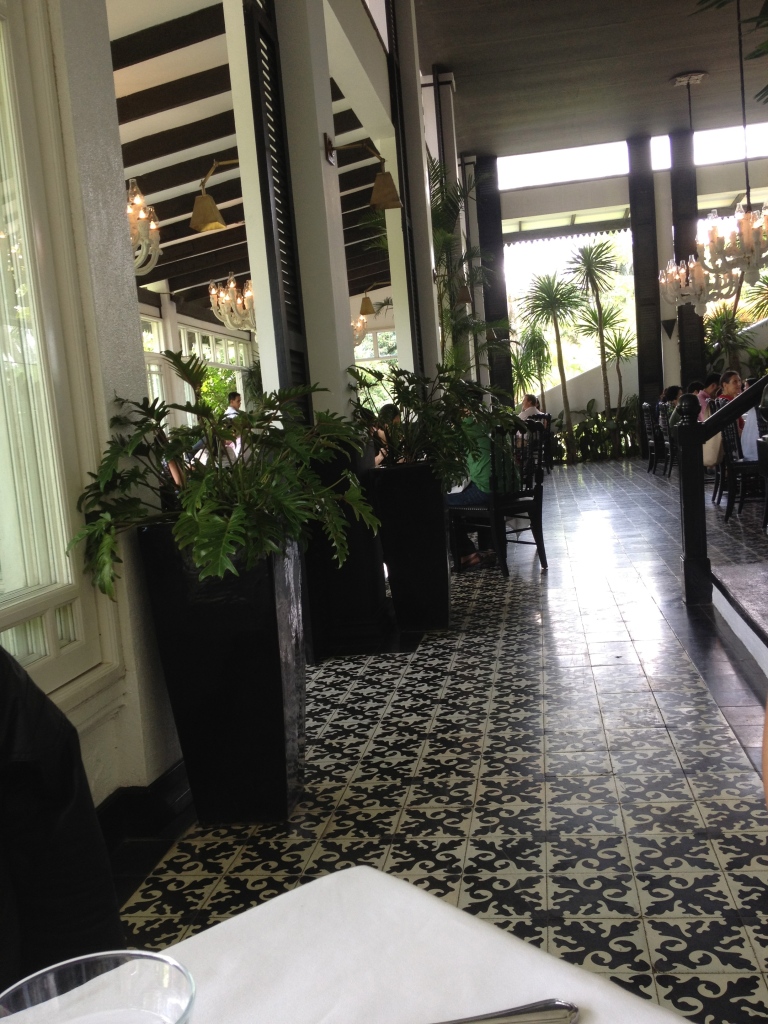 So this restaurant was exquisite by anyones standards. The menu was vast and from looking around at other peoples plates, everything seemed to look good. Since it was my first time here I decided to get a sampler of sorts so I could try out as much as possible, naturally. The meal came with a soup of the day, a salad, the entree, and a dessert. My only complaint is that the portions were small, well for me. I am sure a normal human being would be quite satisfied with it but I have a large appetite so I definitely could have eaten more, especially because it was so good!

The soup of the day was a Mushroom Cappuccino soup. I don’t particularly like mushrooms but I figured I would try it since I never had that  type of soup before. To my surprise it was very tasty.

I ordered a sampler consisting of two types of beef and one piece of lamb.  I don’t remember exactly what they were but I challenge you to look at this picture and not have your mouth water!!

Finally for desert I had a chocolate soufflé with some sort of white cream sauce. Also DELICIOUS! 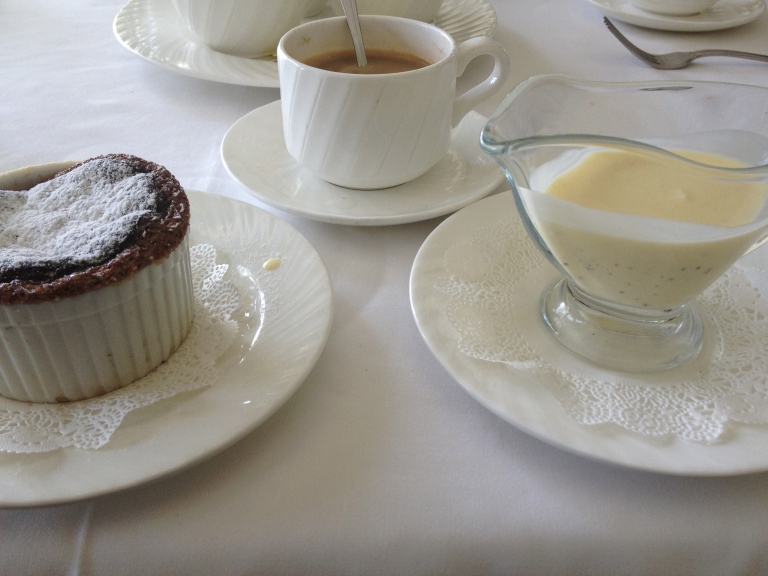 This post was rather short but thats because I spent most of my time on my motorcycle and obviously I cant take any pictures while riding. Don’t worry, more to come. I went to Taiwan again and got some different pictures than the ones previously posted so those are soon to come 🙂