I have yet to go to Boracay and it is on my list of places to go but lets not forget that The Philippines is a group of islands and there are HUNDREDS of gorgeous beaches out there. Busuanga, Palawan is definitely one of them! I stayed at a resort with a friend of mine and it was probably one of the best vacations I have had out here. The water was clear blue, the sand was white, the weather was nice, and I honestly have no complaints about anything. One disclaimer I will put out there however is that this place is definitely for couples. If you have a companion with you then its great but there is nothing on this island to do. The resort is the only thing on the island and once they close up after dinner, you are on your own. Pretty much all of the lights go off and all you have is the moonlight. It was very “romantic” and I would suggest this place for anyone looking for a peaceful, serene getaway.

This had to be one of the smallest airports I have ever been to. There was only one runway and I have seen houses bigger than the terminal itself. It really gave me the feel of arriving on Giligan’s island. When we came out the front door, there was a van waiting for us with a sign and it was like they knew exactly who we were before we even open-end our mouths.

Busuanga is an island that is only accessible by water so after the shuttle ride into town we had to catch a boat ride that took almost an hour before we reached our destination. We had a private boat that took us from the outskirts of the village to the island… 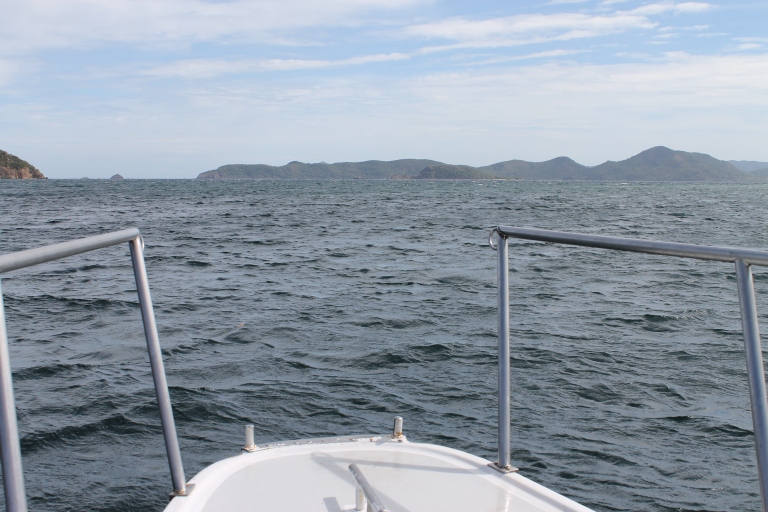 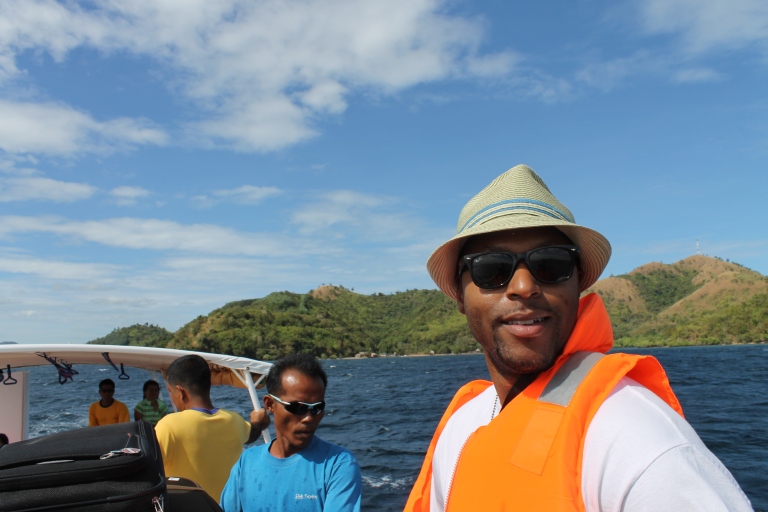 Those are bats in the trees. Every evening the bats would swarm together and fly to another island to feed. It actually looked like something out of a scary movie because there were literally thousands of bats flying together. And as I am sure you know, bats can’t see very well so when they were flying low they were coming dangerously close to my head. Im not saying I was “scared” per se, Im just saying it was uncomfortable. Lol.

They had a buffet for dinner everyday. The food was delicious. And of course I pigged out, per usual. Here is the plate from my first go ’round.

The hotel provided a band as well. Each night during dinner they went around from table to table and played whatever you could request. I forgot what they were playing for us this time but I know it was good!

I thought this picture was so cool. It reminded me of Gilligan’s Island. Granted that show was before my time but this is what I remember it looking like… I think…

Along the back end of the island is a hiking trail that goes to the top of the mountain there and wraps around a pretty decent distance. Below are some of the pictures from the hike… 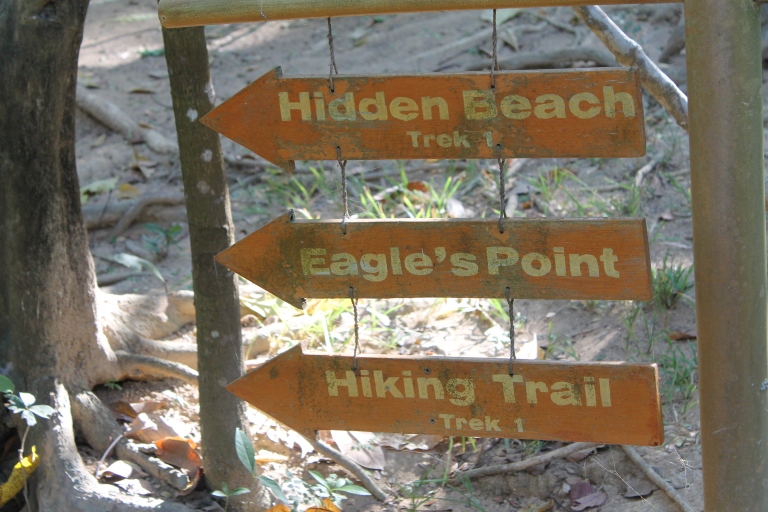 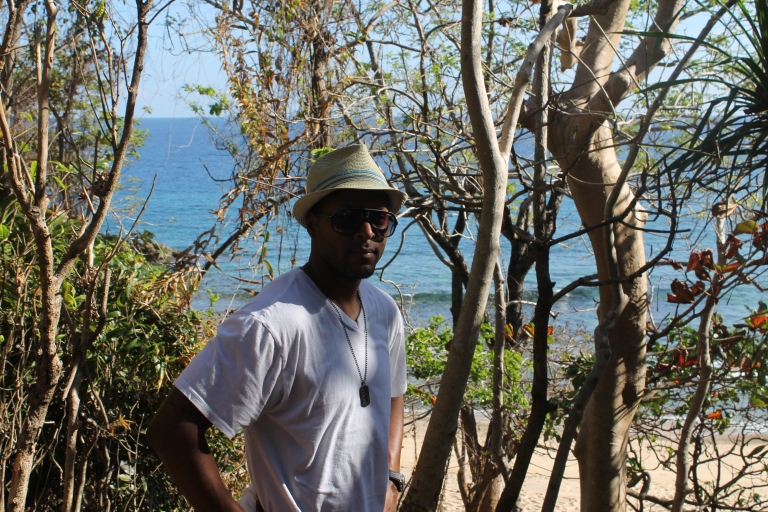 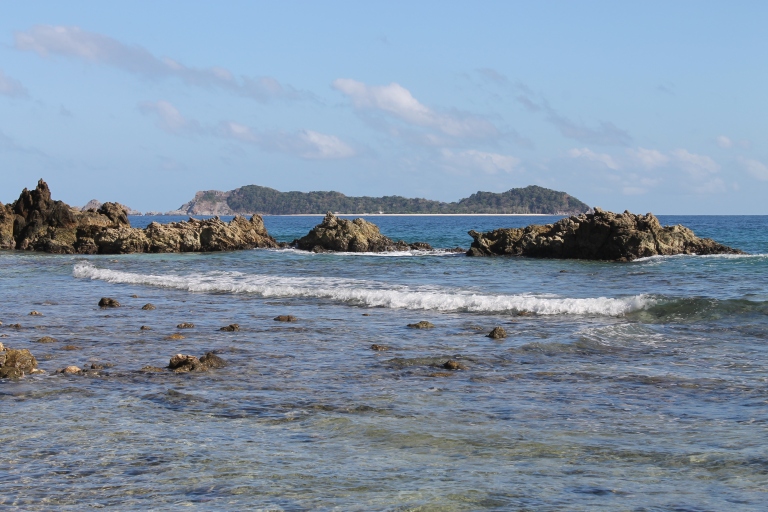 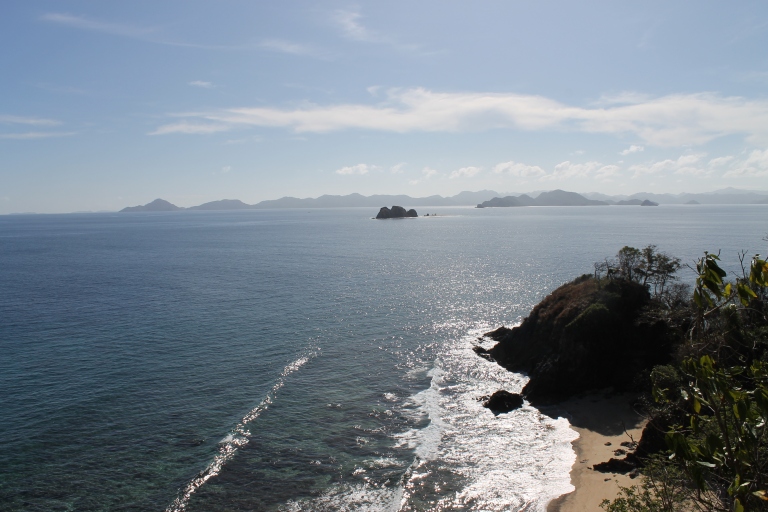 After a long day of hiking, it was time to relax in the proper manner. I don’t know what you call this but I call it PARADISE. 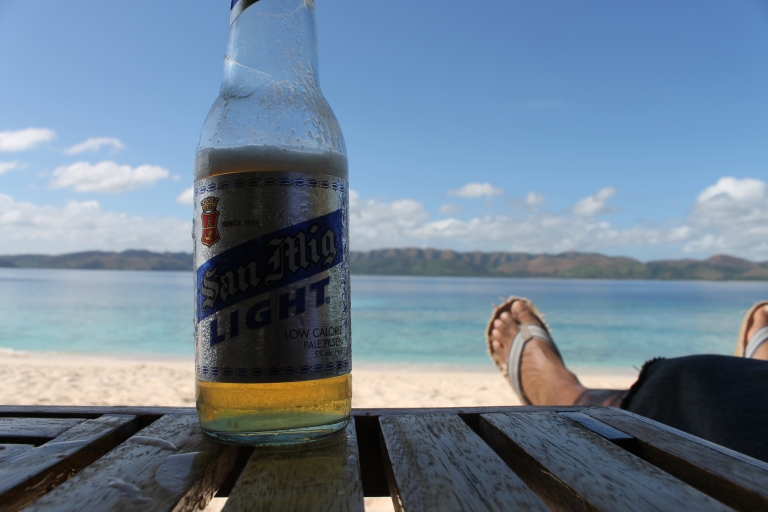 I picked up this shell because I thought it was cool but as it turns out there was something living inside. You see that little dark area? That was the creature coming out slowly but surely. I couldn’t get him to come all the way out though so eventually I got bored and threw it back in. 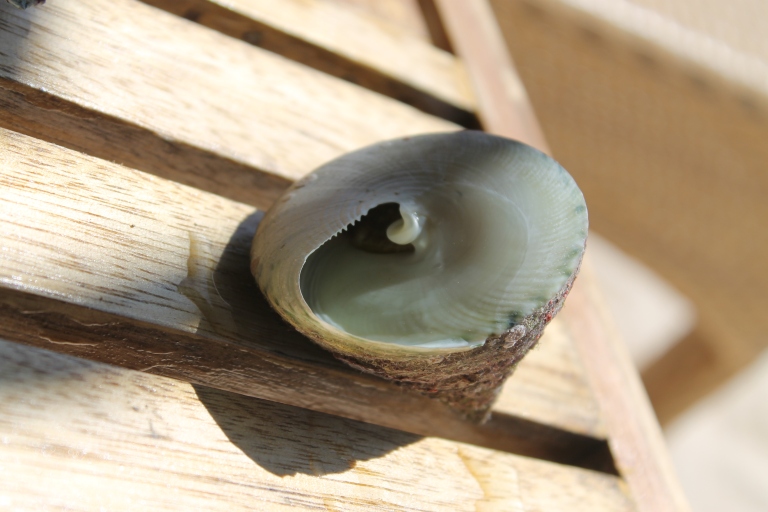 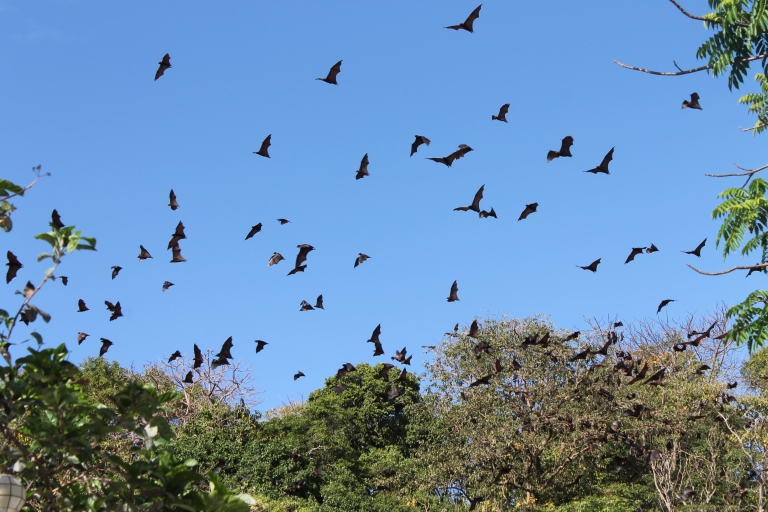 Pina colada sitting on the beach is only right. 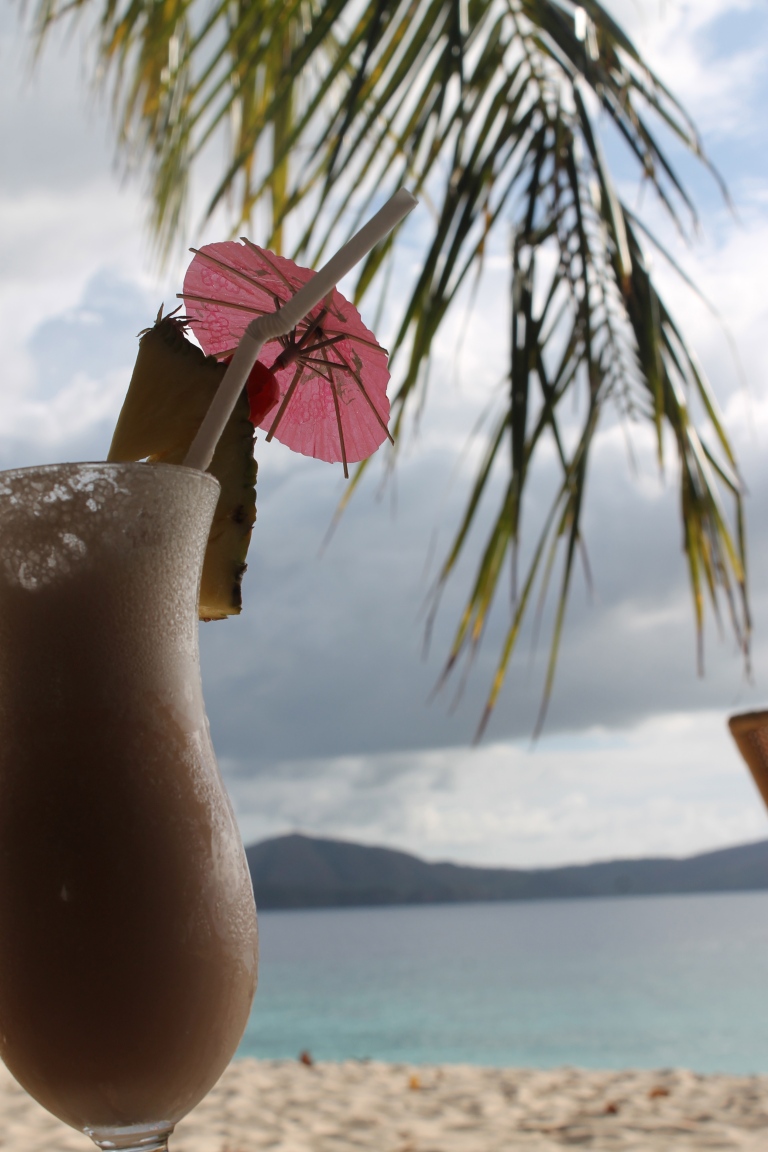 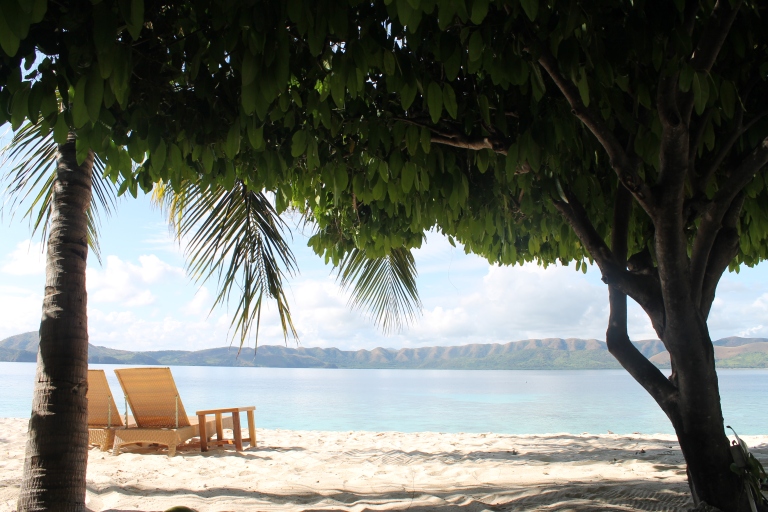 Finally heading back to the mainland. Along the way I snapped a few pics of the local houses. 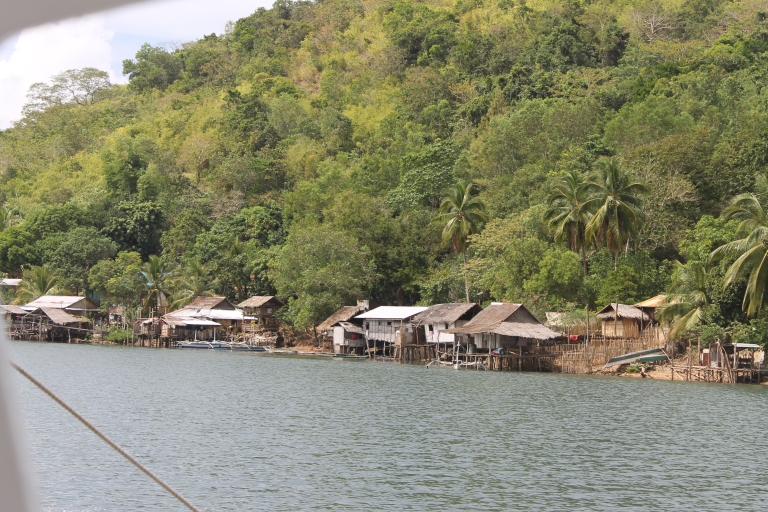 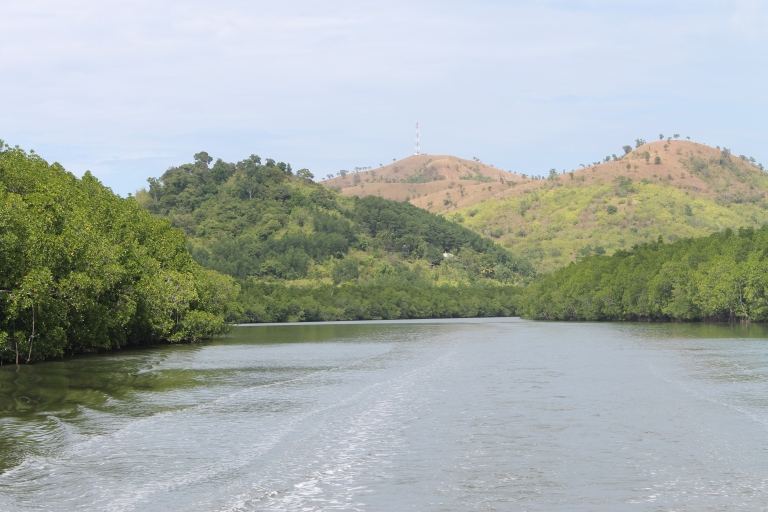 Hopefully you enjoyed looking at this set of pictures. It was undoubtedly one of the best island vacations I have ever been on. I would highly recommend it to anyone that wants a little fun in the sun far enough away for nobody to find you!