Over the past week I was lucky enough to make a trip to Majuro, Marshall Islands as well as Pohnpei, Micronesia. For those of you that have never heard of these places, don’t feel bad because before I went, I hadn’t either. The Marshall Islands is a small group of islands in the south pacific ocean. I am pretty sure that if you google it, the only thing that will show up is the ocean, unless of course you zoom a llllll the way in. Yes, its that small. Anyway, below are a few pictures I took during my travels. I hope you enjoy looking at them as much as I enjoyed living it!

So Chuuk was the first island we stopped at on our way to Majuro. 6 islands later and we finally got to our destination. It figures we would be going to the LAST island. Smh… 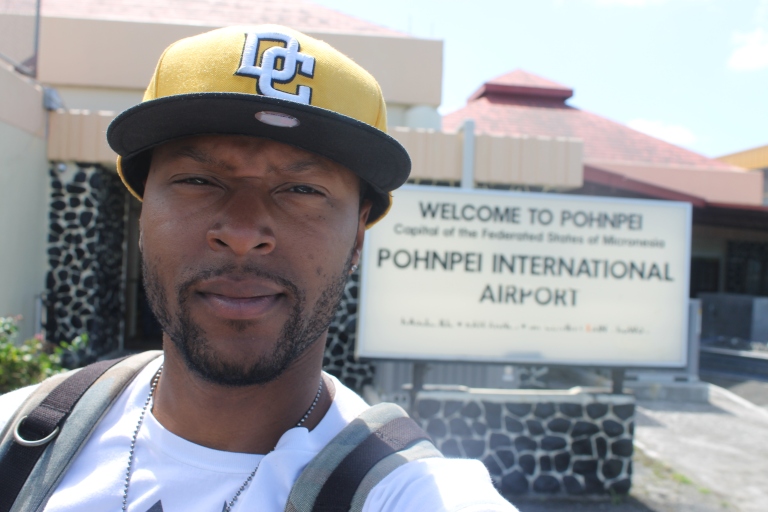 I believe Pohnpei was our second stop. I have more pictures from here but I will save those for my next blog update since I actually spent significant time at this island.

This picture was taken from a restaurant on the lagoon in Majuro. As you can see, the water is crystal clear!

I honestly don’t even know what to call these little boats. Its not a canoe, and its not what I would call a sail boat, though it does have a sail. If you know what these are called, please feel free to leave me a message on this post. Point being, we got on these and rode them across the lagoon. I wish I could have taken some pictures from it but my camera would have been soaked by the end of the ride. Good decision o my part. 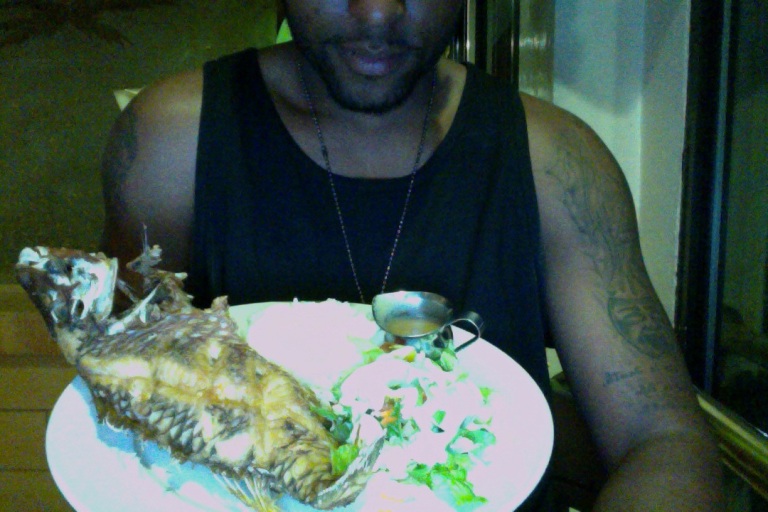 Ok granted the colors are a little off in this picture but I promise this was probably the best fish I have had in my life. It was caught hours before it was served so it was supper fresh! What you see in front of you is a deep fried Parrot Fish with cole slaw and mashed potatoes. The fish was so succulent and juicy, mmmm mmmm!!! When I was in Busuanga, Palawan snorkeling with a friend, we saw Parrot fish in the water and I said I wanted it on my plate. Now, a few weeks later, I had the pleasure of eating it. Masarap!!! (delicious in tagalog)

In the background are the bungalos that we stayed in while in Majuro. My bungalo was right on the lagoon so when I walked outside I saw the water. Definitely a good look! Sidebar, I don’t know why I was wearing a DC hat, clearly I rep BALTIMORE!!! There’s a shout out to all of my family and friends back home:)

Majuro, Marshall Islands is definitely a place to go if you want NOBODY to find you, or be able to get in touch with you. It was a nice change of pace from the bustling city of Manila. This island is what I would compare to giligan’s island. It was very small, and very few people. There weren’t any chain restaurants here and the internet service was questionable at best. Something that I found very unusual was that the locals just sat on the main road all hours of the night. A lot of them found cozy trees to sit on (and I use the word cozy very loosely). I know sitting outside on the street is not uncommon to a lot of us from major cities because people do it all the time. The reason I found it odd was because unlike a major city where there is plenty going on all hours of the night, in Majuro, there is nothing. There are barely any street lights, no cars going by, no clubs, and surprisingly not even any crime. I guess living on the islands, nature is appreciated. Simply sitting outside and feeling the breeze is enough reason to come out.

All in all, I learned a lot from my experience there. I learned to appreciate the small things that I take for granted, such as good service in restaurants. Hahaha. I could go into detail about that but trust me, I need another blog for that one. Also, I learned that sometimes its good to just slow down and appreciate life. As an American, I am geared to doing things quickly and multitasking because time is money. In the islands, time is infinite. Although, I nearly flipped out on several people for not considering my time while I was there, I realized that everything won’t be done on my time so its best just to take it for what it is and enjoy.